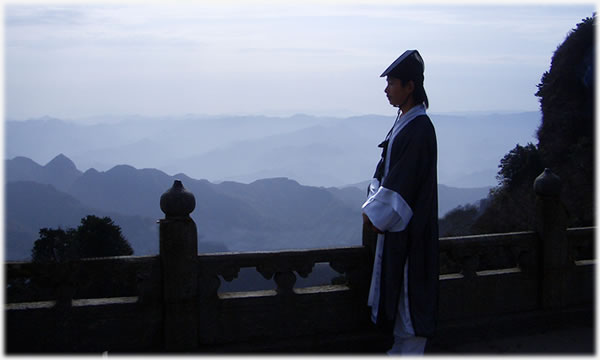 Master Chen Shixing was born in the Hubei province of China. He is a 15th generation master of the San Feng School of Wudang martial arts. He has inherited the essence of Wudang kungfu and is a highly accomplished master and an experienced teacher of qigong, taiji, bagua, xingyi and qinggong (Light Body Skill).

Master Chen has loved martial arts since his childhood and started training in external styles when he was seven years old. At the age of eleven he sought out a master of internal styles. He knew that the origin of internal martial arts was Wudang and this brought him to Wudang Mountain, where he was fortunate enough to become the disciple of Master Zhong Yunlong, a 14th generation master of the Wudang San Feng School.

During his apprenticeship he took part in many international championships and performed Wudang martial arts for national and international leaders receiving much acclaim. He became the youngest coach at the Wudang Daoist School upon the recommendation of his master. Wudang Mountain is a unique and sacred place, laden with history. It not only provided Master Chen with an extensive and profound knowledge of wushu, but has also nurtured his spiritual understanding of Daoism.

In 2003 Master Chen left Wudang Mountain to teach Wudang martial arts and to spread Daoist spirituality to other parts of China. For three years, he brought Wudang taiji to many of the major parks in Wuhan and Shanghai. Wherever he has taught, he enjoys high prestige and respect in the minds of his students.

Master Chen returned to Wudang in July 2006 and worked as an instructor. In June 2007, after much careful preparation, he established the China Wudang Kungfu Academy. Master Chen has created an excellent environment for the study of martial arts and health-preserving methods.

In October 2008 at the third Traditional Wushu World Championships, Master Chen became one of the ten elite masters to represent Wudang martial arts. He won the gold medal for Wudang Sword and the silver medal for Wudang Internal Forms. These were important prizes because just as Shaolin is renowned for its staff forms, Wudang is renowned as the best in China for its sword and internal forms.

In 2009, a film entitled ‘Looking for Qinggong’ was made by the leading Chinese broadcasting company at the academy. This film has been shown by many large TV channels in China and has generated further media attention. People in China who are interested in martial arts are very likely to know of Master Chen; people who like Wudang martial arts are certain to know him.

It has always been Master Chen’s dream to create an excellent martial arts school. He is determined to research Wudang martial arts and carry forward this tradition for the benefit of all people around the world. 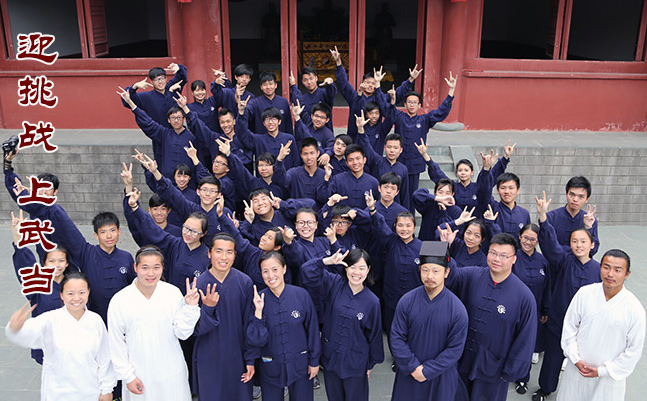 China Wudang Kungfu Academy was established on June 22, 2007. On our sixth year anniversary, our new school was opened. We invested more than 16 million yuan into the new school, which occupies over ten thousand square meters.Our school is surrounded by mountains with a quiet and peaceful environment. On the west side there is an ancient path that leads to Wulong Gong which is the starting point to the Wudang ancient temples.

We are the school that manages to combine the authentic atmosphere of traditional Chinese Kungfu school and individual approach. Every single detail ( the best coaches, helpful office stuff, spacious training ground, comfortable accommodation, healthy food ) serves the only goal- to provide the best environment for the practice.
We offer a great variety of classes that are suitable for people of any age or any physical condition. No matter, what your purpose is: to become healthier, to get familiar with taijiquan and qigong, to improve your kungfu skills or to become a wushu or taiji coach, here you will find the best conditions to fulfil your dream.