Official representatives of Wudang Spain, Alex Mieza and Pablo Salas, after long stays training in Wudang were officially recognized by the Masters before mentioned as Official Disciples (Alex Mieza ‘Zī Xiǎo’) and as a Certified Instructor (Pablo Salas) to represent the Internal Martial Arts Wudang in Europe. 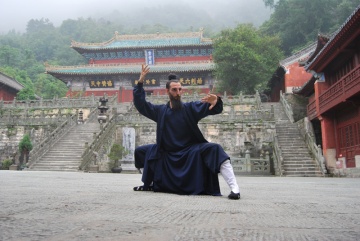 Trained in Wudang (China) under the following Masters: